Juan Tamariz is a Spanish born magician whose career centers around misdirection and sleight of hand. He belongs to what many call “the sixties of the Magic School of Madrid.”

Juan Tamariz is not only a virtuoso when it comes to cardistry and card magic, but he also knows how to inject humor into his act and keep the audience engaged, which is no easy feat.

Playing cards. Many of us became familiarized with a deck of playing cards from a young age. Whether you were playing a game of Go Fish or Crazy Eights, saw your older family members playing Solitaire or Bridge to pass some time, or you witnessed (and maybe ended up in the middle of) an old-fashioned game of Texas Hold ‘Em, playing cards are a critical item to have around your home or on your person at any given time.

There are some of us who view cards not simply as a way to play games with people we like or would like to take money from, but as a way to showcase expertise in slight of hand and misdirection.

Tamariz is one of the most notable and potentially one of the most important active magicians. With his grasp on so many different aspects of the art, he brings a flare to the table that is impossible to replicate.

Let’s take a dive into Juan Tamariz and discover how he became the notorious performer he is today. Magic was part of Tamariz’s life from an early age. When he was four years old, Juan’s father took him to a magic show in Spain, and it was then he knew he was hooked. Immediately, Juan wanted to learn the art of magic and be a great performer like those who enthralled him in the first place.  When he received a magic kit shortly after that, he knew magic would be a part of his life from then on. 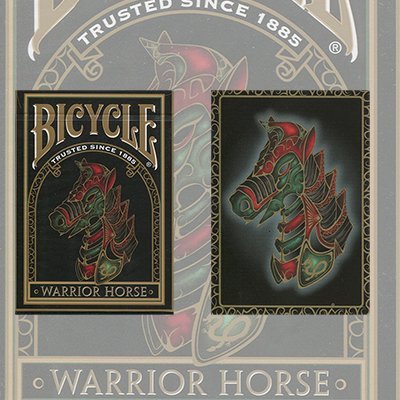 Not only did Juan Tamariz begin practicing magic, but he sought out nearby performers who he could watch and study. When he did find a show to watch, he sat and absorbed methodically with the goal of understanding the ins and outs of every trick.

After years of study and practice, Juan wanted to join the Spanish Society of Illusionism at the age of 16. The society required members be at least 20 years old, so Juan was rejected on his first attempt. Two years later, however, Juan remained ambitious and took the membership exam. He passed with such flying colors that the Spanish Society of Illusionism made an exception and allowed the then 18-year-old to join. Not one to waste any time, Tamariz met fellow magician Juan Antón. These two would team up on a variety of shows and tricks together, resulting in notoriety and even some awards. The act between Tamariz and Antón was called ‘Los Mancos,’ or ‘The Lame’ for English-speakers. The spin on this act was that both men performed using only one hand, a feat that next to no magician was brave enough to embark upon in show settings.

In 1968 alone, Juan Tamariz won three notable awards, including the Ace of Cartomagia, The Extraordinary Prize, and the Ace of Magic. Tamariz won the last two awards with his partner in crime Juan Antón, making them both rising stars at the time.

While winning these awards and beginning his show career as a slight of hand master, Tamariz met Arturo de Ascanio, who would go on to be one of his most influential mentors. Tamariz was finding himself surrounded by other notable magicians, as well as taking on other jobs like a puppeteer to hone his comedy and incorporate laughter into his magic.

Other Interests and Studies

Juan Tamariz’s life in magic began early, and his talent was apparent from the start. Magic was not, however, the only thing Juan showed interest in. Originally going to university for a bachelor’s degree in physical sciences, he dropped out of that program with only a year remaining to pursue his other real passion – filmmaking.

Juan enrolled in film school, meeting notable Spanish writers and directors like Miguel Hermoso, who won a Golden St. George award at the 25th Moscow International Film Festival in 2003 for his film The End of a Mystery.

Tamariz directed two short films while he was in film school in the late 1960s, “Muerte S.A” and “El Espiritu.” Tamariz wrote the script for the former piece, showcasing his variety of talents and abilities.

Unfortunately for Tamariz (at the time) the film school closed in 1970 because of numerous strikes, which meant Tamariz did not get to complete his film education either. However, the closing of the film school was a blessing in disguise, as it leads Juan and some of his classmates to founded the Magic School of Madrid. This set him down the path towards becoming the famous performer we all know and revere today. If you were ever to see Juan Tamariz perform, then you would find yourself in a small, cozy setting where there would be next to know hidden secrets. The focus of Tamariz’s magic is close-up magic, which is sometimes also called micro magic or table magic, is performed up close and personal. Usually, no more than ten feet between the audience and the performer, the magician’s crowd will often be seated at a table across from them.

Close-up magic has a certain flair and nuance to it. It does not require a large stage or a grandiose act to work, but instead relies on subtlety and minutia to create an illusion in front of the audience’s very eyes.

Sleight-of-hand is one of the most important aspects of close-up magic. Sleight-of-hand is a set of methods and techniques that magicians in this space utilize to secretly manipulate objects they use for their tricks, such as coins or cards. As noted before, Juan Tamariz is famous for his sleight-of-hand in card tricks. While he has pioneered his tricks, he is also one to take basic and well-known card tricks and make them look flawless. There are a few in particular that comes to mind when thinking of Tamariz and his shows.

A card trick that is classic, seemingly difficult, but easy once practiced. The basics of the Rising Cards trick are slight of hand and the trick itself. Without giving too much away, the premise of this trick is to make it appear as though the magician is raising a card out of the deck without touching the deck itself and, instead, leaving it in the box.

The trick starts by asking an audience member to select a card from the deck, then place the card in the middle of the deck, returning the deck to the box, and seemingly pulling the selected card out of the box without touching it.

Roberto Giobbi, another modern cardistry virtuoso, said that, though this is a common trick, the best practical professional routine he has seen with this trick came from Juan Tamariz. Large praise when you consider the pool of magicians who have likely incorporated this trick into their acts.

“Out of This World”

Another classic, often attributed to Paul Curry, the Out of this World card trick is rather involved but makes for a great show. It starts like a simplified game of Solitaire or Uno and relies on the color of each card.

The magician starts with two face-up cards, one red and one black. He then hands the deck of cards to the audience member or participant and asks them to start dealing the cards face down. They have to guess if they think the card will be red or black and throw it down on the corresponding pile. The participant has no idea what color each card is and will almost certainly mismatch the colors.

On the surface, this would be seemingly impossible, but it was a trick that Paul Curry pioneered. However, Roberto Giobbi said that the best version of the trick he had seen was that of Juan Tamariz. There’s a pattern here when it comes to the finest version of staple card tricks. Juan Tamariz is nearly as prolific as an author as he is a cardist and magician. He has written several books, put his expertise in educational videos, and finds himself considered one of the best in the business with a great deal to offer to aspiring magicians and those firmly rooted in the art.

This is a book that will be hard to come by, as it has been out of print for a long while. Juan Tamariz’s Five Points in Magic is a study of the nuances that a performer can employ to fool the mind. Focusing on both physicality and psychology, Tamariz illuminates some of the secrets he used to become the prolific close-up magician he is.

Without giving too much away, Tamariz focuses on five aspects of a performer’s mental and physical presences, namely the eyes, voice, hands, feet, and body. These five “possessions,” as Tamariz calls them, are what differentiates a believable illusion from a forced trick. All five are required to work together to create believable deception.

Though it is a short book (under 100 pages), it covers the bases quickly without much fluff, so you can get right to the knowledge you are seeking from work.

First published in 1987, The Magic Way is Juan Tamariz’s love letter to magic effects and polishing the craft of such artistry. This book is a study on the finer points of magic and how to improve methods to the point where they are unrecognizable.

In this book, Juan even puts his tricks on the line and explains some of them in-depth. The adage of “A Magician never reveals his secrets” is somewhat lost on Tamariz in this book, as he peels back the curtain and lets the reader inside his world and his mind.

Focusing on things like the “Theory of False Solutions,” Tamariz makes magic practical and approachable for anyone who picks up the book. Clocking in at nearly 300 pages, this book is sure to keep any magician, aspiring or experienced, hooked and wanting to learn more. 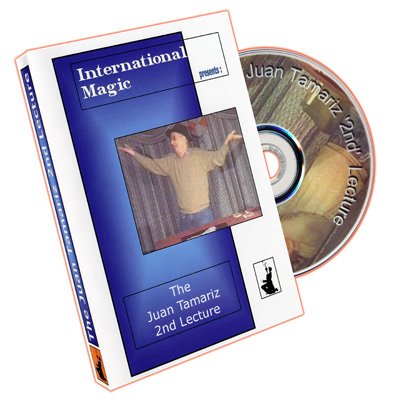 Juan Tamariz is the pride of Spanish magic. Not only has he traversed the world showcasing his ability in cardistry, close-up magic, and sleight-of-hand, but he has shared his knowledge with aspiring magicians and peers alike. He has created numerous books that have been translated across languages, he has developed videos and training to break down the steps of his tricks as well as classic sleight-of-hand actions, and he does it all while incorporating humor and laughter into his routine.

Juan Tamariz is a pioneer in cardistry magic and is a name that will be remembered for years to come. Be sure to keep up with Juan on his website (it is in Spanish, so be prepared to use the translate function), peruse through his books, watch his videos, and be amazed by what this man can do with a deck of cards.