Posthypnotic Suggestion: How Do Hypnotists Use This Technique?

A number of individuals have been asked how posthypnotic ideas work and the right way for them to be used. So without further ado, we’ve listed a thorough explanation of the ways posthypnotic suggestions make their mark.

The Ins-and-Outs of Posthypnotic Suggestion 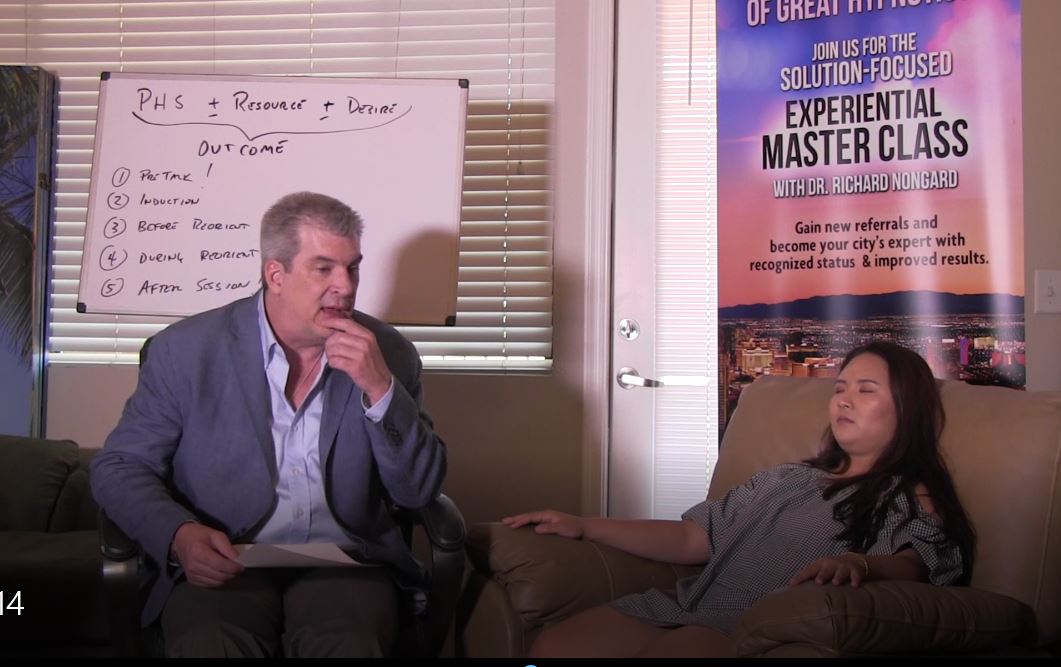 Posthypnotic suggestions are words told to the patient as they're in trance, causing new behavior or an outcome to occur after the trance has ended. This is because the patient gets something out of it after the session and/or between each treatment.

While some changes do happen during treatment sessions, most therapeutic changes – or perhaps at least the advantages of changes – happen after or in-between sessions.

As the majority of therapeutic suggestions are aimed at changes that are positive in the long term, most of the suggestions could be classified as posthypnotic. 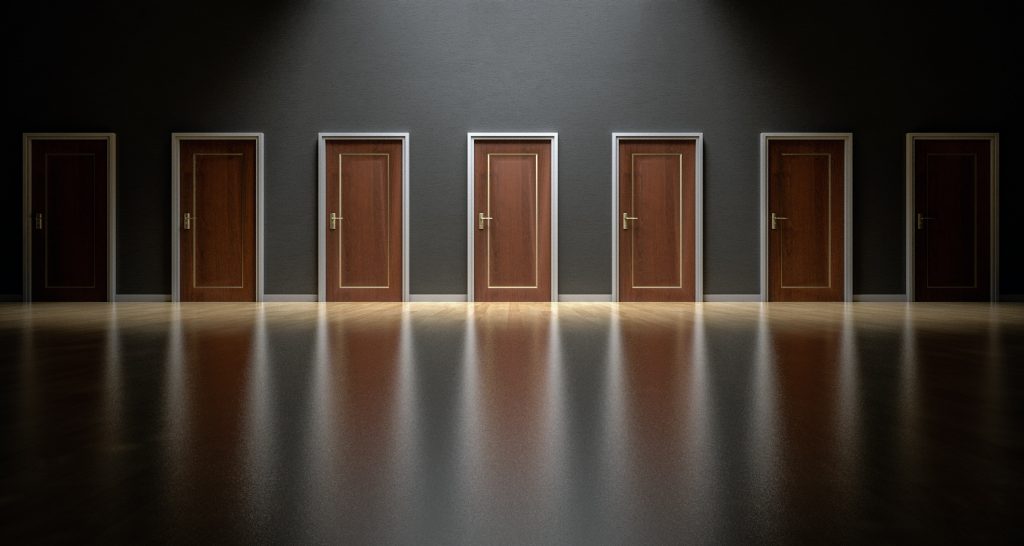 Posthypnotic suggestions generally call for a trigger that will set off new behavior or an outcome.

The trigger is normally something already occurring in the patient's life. Therapists want these suggestions to trigger by anticipated occurrences like events or certain times, or perhaps expected daily/weekly routines. With this way, the patient will be much less conscious of the trigger.

The trigger could possibly be an action that currently triggers an existing problem of the patient, like the action to pick up smoking again. By doing this, you're making use of a phase within the issue itself to trigger a brand new behavior.

A trigger may also be an outside stimulus outside of the patient's control, just like the phone ringing. You must pick a trigger that's apt to happen regardless and one that is not too uncommon.

In the case the trigger was something uncommon, it may encourage a recall of the suggestion being provided and give the patient the deliberate choice of whether to sabotage the response. 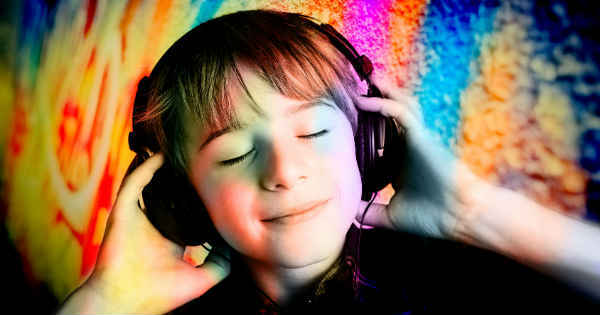 Patients automatically reenter a short trance of roughly the same level of initial hypnotic state when the said trigger initiates a posthypnotic suggestion.

Whether or not the patient has his eyes wide open in order to hold out the action, he/she will still enter a hypnotic status much like the one originally encountered when the hypnotic suggestion was given.

This doesn't impact his other rational day-to-day thinking in another way at that moment, as the posthypnotic trance is actually limited and specific to just carry out that posthypnotic suggestion.

Reactions to suggestion may be interrupted midway before conclusion and the patient, having completed just one half of the posthypnotic act, will stay frozen and somewhat zombie-like waiting for more directions from the therapist.

This state (which has a similar level and quality to the original) can be used for extra treatment. In case a third party interrupts the act, the patient's behavior is not affected and they’re in a position to finish the action.

This happens because the posthypnotic suggestion and act are usually restricted to the connection between the therapist and the patient unless the therapist provides further suggestions after the treatment.

Effectiveness of Posthypnotic Suggestion Over Time

Nevertheless, in case the context isn't correct, the suggestion might be inadequate. For instance, say the therapist provides the patient with a posthypnotic suggestion to immediately reenter trance every time they meet, the patient often reenters the hypnotic state as soon as he enters the therapist's consulting room.

This may occur even if the return visit was taking place a couple of years after. Say the psychologist and the patient meet coincidentally in a social environment, the patient will be not likely to re-enter a hypnotized state because the context wouldn’t be appropriate.

Those with amnesia will generally still carry out posthypnotic commands even if they remember them being granted during treatment sessions. This is because the suggested behaviors tend to be of a positive nature, and the hypnosis makes the patient feel forced to do these commands.

However, in recalling commands that encourage the patient to participate in an irrational behavior, he/she may perhaps fight the compulsion to carry them out.

In case amnesia is actually present, the patient is going to carry out both irrational and rational ideas without any conscious judgment.

And so ideally, the individual remains amnesic for the posthypnotic ideas as there's then a greater likelihood that they are going to carry them out and get far more benefit from the treatment.

The Power of Hypnotism

Reincarnation and hypnosis were some of the most discussed phenomena after flying saucers back in the day. There is much confusion regarding hypnosis, known as one of the oldest mind-based methods known to society.

Hypnotic suggestion found many able practitioners for a huge number of years. In fact, it was used by some of the most uncivilized areas of the planet too. Many types of psychological suggestions have been used for centuries by primitive witch doctors, occultists, medicine males, and voodoo healers.

Hypnotism might be identified as the art of the induction of a state of abnormal suggestibility by certain well-defined methods, formally known as hypnogenic methods.

The occurrence of hypnotic phenomena is actually obvious when the thoughts and actions of those under the influence of hypnosis are actually guided by the suggestion of those that have hypnotized them.

Hypnotism gives the hypnotist the power to mold subconscious features of the subject 's brain.

Much controversy rages over whether hypnosis could be damaging to the person under the influence. Many experts have had significant things to say on this critical facet of the subject.

With hypnosis nothing but an issue of conditioning, it shows that it's possible to teach involuntary antisocial behavior to a patient.

Many of those studying the field believe that with the correct methods – which doesn't always need to be subtly, one can force hypnotized persons to perform antisocial acts even to the degree of criminally harming themselves or even others.

As a consequence, those under hypnotic suggestion have stolen cash, picked up rattlesnakes, and attacked others with sulfuric acid.

Put bluntly, through hypnosis, it can be said any person can commit crimes.

In conclusion, the resistance of an individual in a trance to improper suggestions is extremely strong just so long as they’re asked to violate his economic, religious, moral convictions and interests.

Though the recipient may be affected going against these ideas and interests, his/her senses are successfully deceived. The person acts through false assumptions, and he/she is not aware of the implications of the conduct.

This mistake might be catastrophic, although natural, under special circumstances. Though they'll resist or perhaps disobey a suggestion to do anything that they wouldn't do ordinarily.

It's fallacious to think that you will find fields of expertise that are completely safe. None is. Every science and career are good as they're used for great purposes. However, human genius has been noted to turn the great things into sources of destruction.

Hypnotic Conditioning of the Mind

One primary danger of hypnotism can be the subtle reprogramming of the subconscious via hypnotic suggestion.

The degree of this particular conditioning is tough to appraise. It's without a doubt considerable in cases where the faith between the person hypnotizing and the person who is hypnotized is intensified. Suggestions psychologically implanted are physiologically supported by the features of the subject 's autonomic nervous system.

This would also be correct in the situation of someone that accepts the prestige of the pseudo or real spirit entity and surrenders to its recommendations.

All trance phenomena have a habit to merge. They differ largely in the technique by which the trance is actually induced and the objective for which it's entered into.

When someone pries into someone's head, one is actually tampering this person's freewill. Such invasion can't be free from potential danger.

The Use of Posthypnotic Suggestion

As it stands, the use of posthypnotic suggestion is a powerful tool, one that can be used for both immediate benefit but can create serious harm in the wrong hands. Most definitely a technique not to be taken lightly!