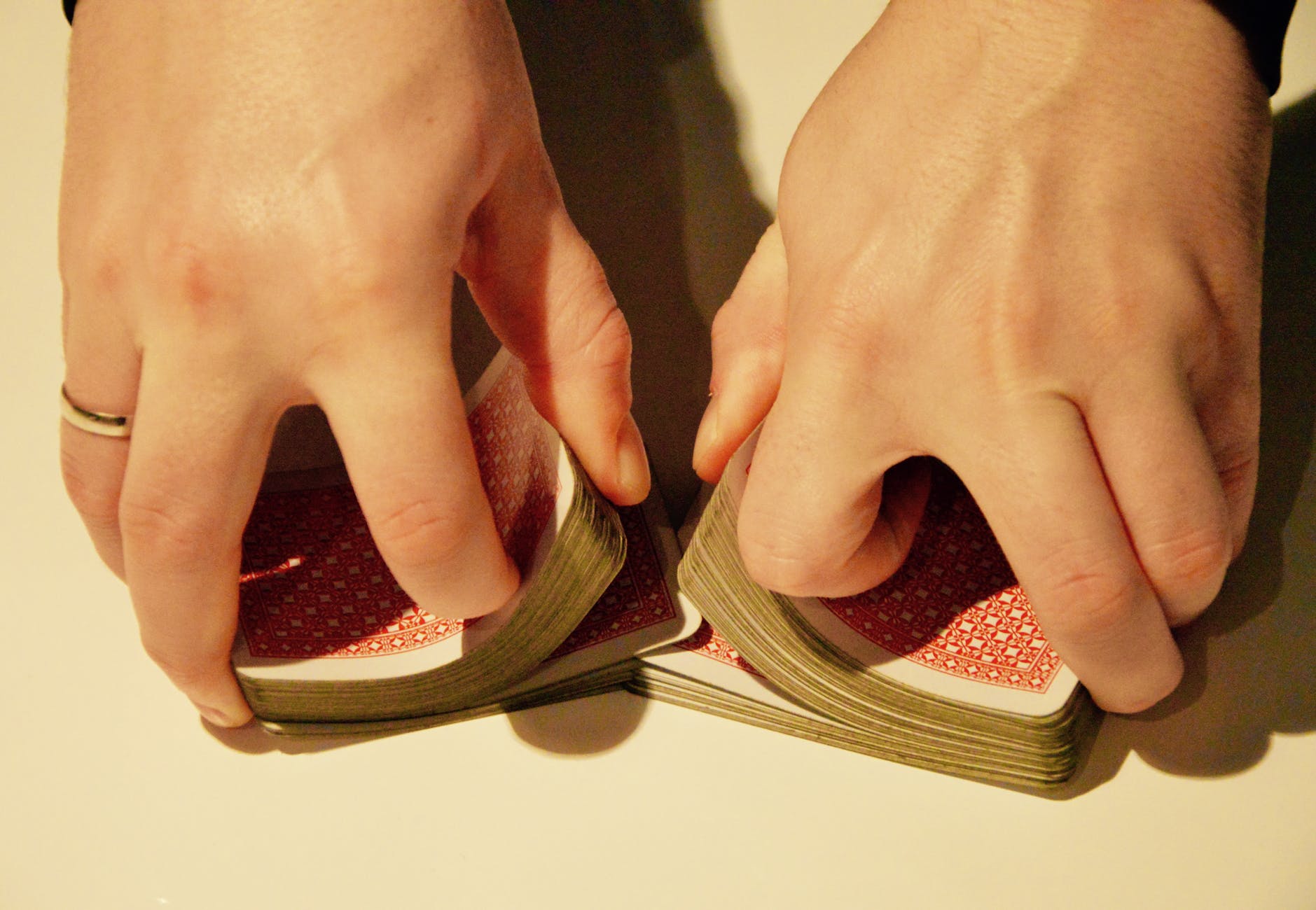 What is magic? Does it really exist? Or is there a logical explanation behind every trick in the book? We did a bit of research on the subject and this is what we discovered.

Despite puzzling generations for hundreds of years, there is actually a scientific explanation behind magic and all its “illusions.” To put it succinctly, magic is simply a matter of “your mind playing tricks on you” with a magician using psychological techniques in the process. Now, that probably sounds strange because most of what we believe is based on what we see. After all, “perception is our reality,” or so the saying goes.

While it may seem inconceivable, the human mind actually has limitations — especially when it comes to matters of perception. We rely on our vision instinctively and intuitively to make logical sense of what's happening around us. However, not all of our visual experiences are as accurate as we think. Visual illusions are capable of warping our instinctive and intuitive sense of reality.

What Is A Visual Illusion? 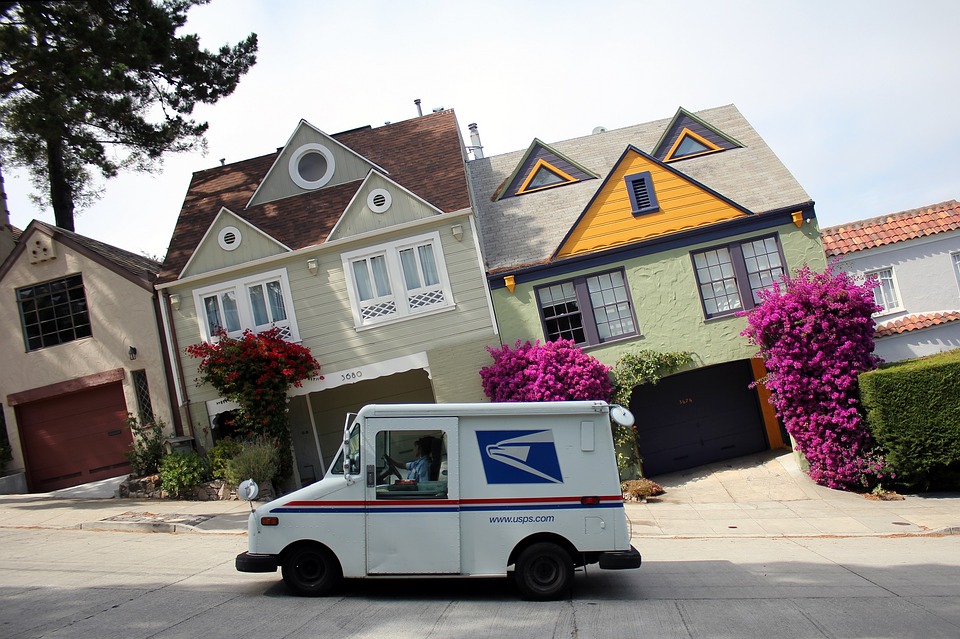 In psychology, a visual illusion (more commonly referred to as an “optical illusion”) is defined as “a perception that represents what is perceived in a way different from the way it is in reality.” A visual illusion happens when there is a disparity between one's perceptual experience and actual reality.

Visual illusions demonstrate how looks can be deceiving. We rely on our ocular sense to capture accurate images so our minds can assess what our environment is like or anticipate what comes next.

More often than not, our approximations are not as reliable as we think they are. These inaccuracies in perception are what magicians take advantage of and specialize in. The brief answer to the question, “what is magic?” is that it is the act of playing on the limitations of human perception.

Examples Of Visual Illusions In Psychology 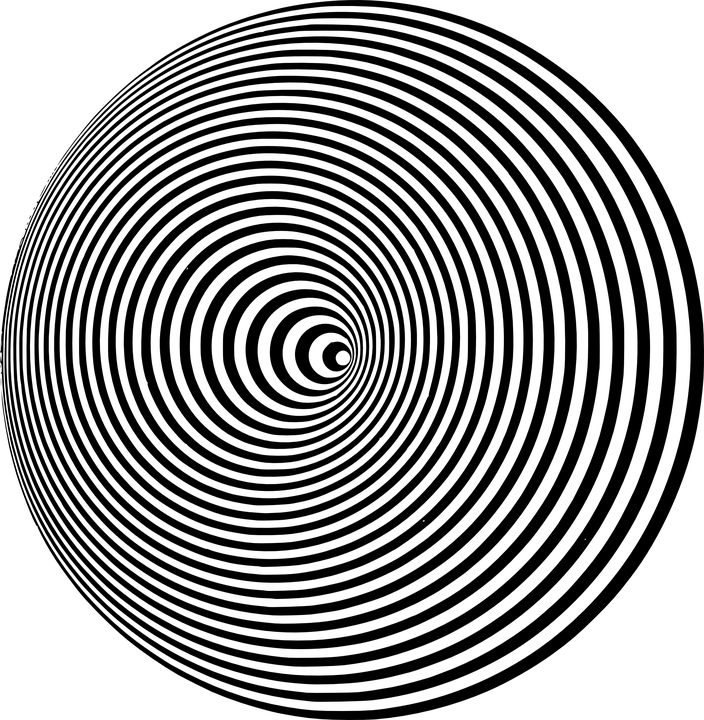 To better understand the concept of visual illusion and its effects on our perceptual sense, let's take a look at some examples from studies made by several psychologists such as Franz Carl Müller-Lye and Joseph Delbouef.

Franz Carl Müller-Lyer devised what is called the Müller-Lyer illusion — a visual illusion which consists of three stylized arrows. The shafts of the three arrows are straight line segments of equal length with fins extend from the ends of the shaft either as arrowheads (pointing inward) or arrow tails (pointing outward).

Joseph Delbouef discovered a visual illusion called relative size perception and devised the Delbouef Illusion. Here, two black circles with identical sizes are placed side by side with the first black circle inside an annulus, making it appear bigger than the second black circle. However, when the size of the annulus is increased and is more distant from the black circle in the center, the circle appears smaller than that of the other black circle with no annulus.

While we are tackling the subject of visual illusion to explain its use in the art of magic, it would be good to note that these scientific studies serve a bigger purpose.

Why Are Visual Illusions Important To Executing Magic Tricks? 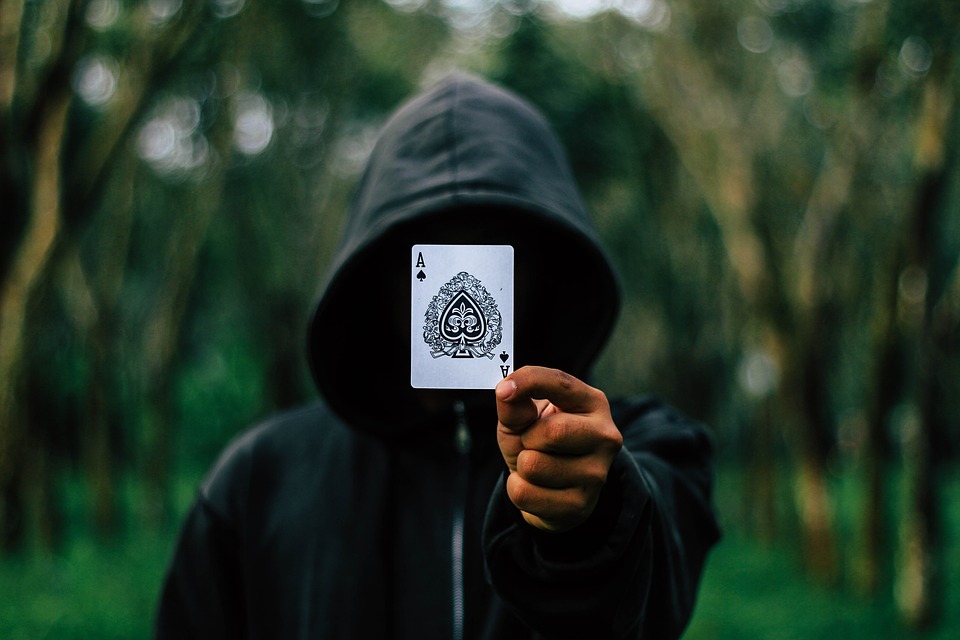 Even scientists learn something new from magicians. It's all a matter of manipulating the audience's perception, attention, and awareness.

For example, misdirecting people's attention to say, a hand gesture, a rolling of the sleeve, or releasing a dove in the air lead to inattentional blindness — distracting the audience from what's really going on behind the scenes, even for a split second. More subtle cues such as eye or head movement can also serve as effective misdirection techniques. A magician also needs to be impeccable in his timing in order to execute an illusion flawlessly.

These tricks, which constitute our perception of what is magic, provide scientists with a better understanding of the limitations of the cognitive processes of the human mind.

What Effects Do Magicians Use To Create Visual Illusions? 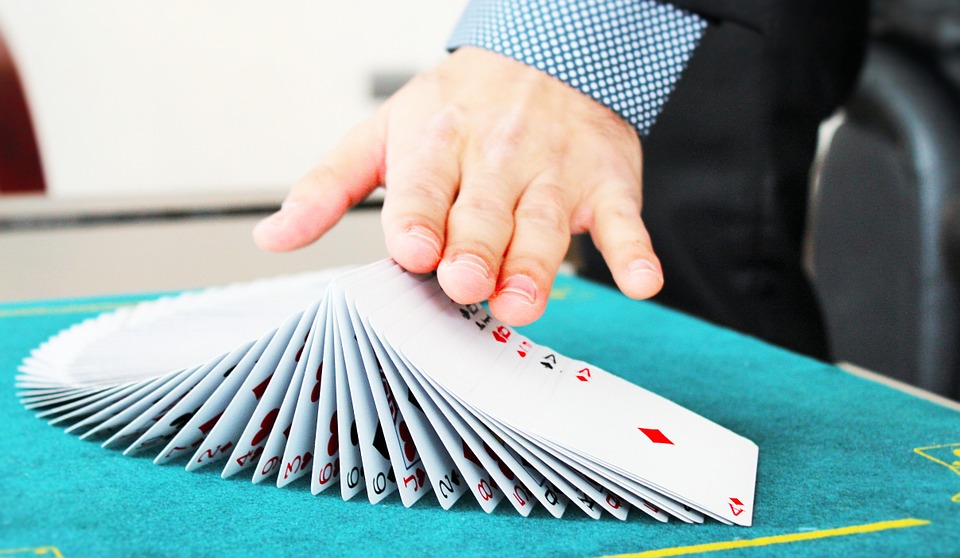 A magician can perform a wide range of magic tricks — from the simplest to the most complex. It all depends on their expertise, years of experience and ability to come up with a spectacle.

As both a performer and an actor, a magician needs to have a deep understanding of theatrics, storytelling, lighting, stage effects, and costumes.

Simple tricks usually require sleight of hand and an effective strategy for misdirection. More complex magic tricks involve the use of bigger props, such as animals, boxes, mirrors, or even people.

In the process of creating these illusions, a magician may use any or all of these effects:

The extent of effects that a magician uses also depends on his ability to execute each trick with impeccable timing and a flawless performance. What is magic to our eyes actually takes years of careful training for a magician.

Some Simple Magic Tricks And The Methods Behind Them 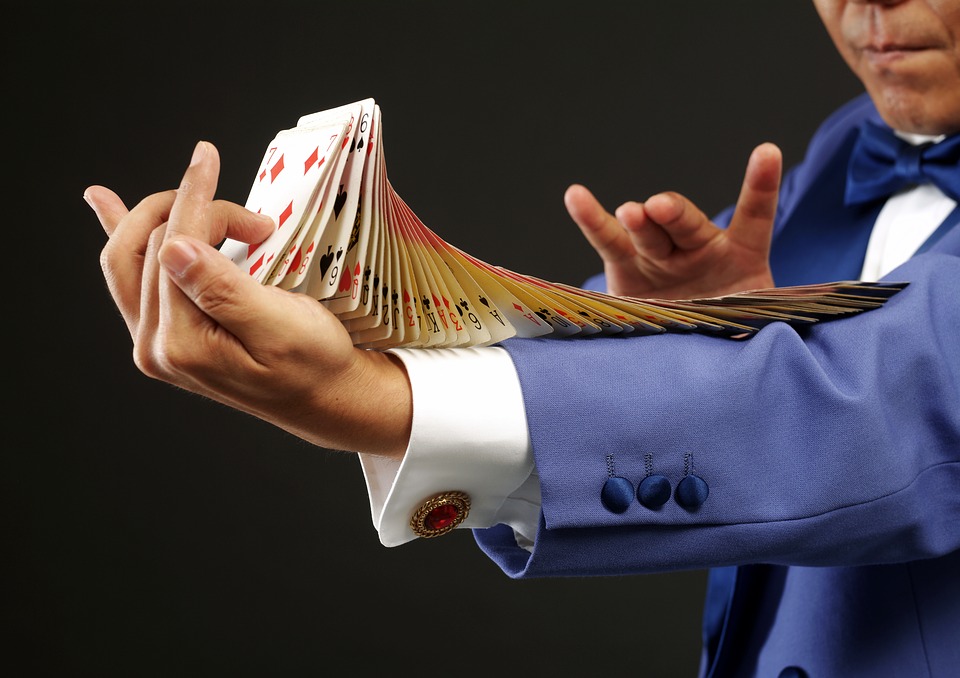 There are several tricks in a magician's book that make use of visual illusions. As we've previously stated, they can either be simple magic tricks or bigger ones that make use of props such as smoke and mirrors.

To give you an idea of how magicians use visual illusion to accomplish what is magic, let's explore some simple magic tricks as well as the methods used in their execution. It's what you call a sneak peek behind the magician's curtain.

A magician throws a ball two or three times into the air but fakes the last throw, concealing the ball in the palm of his hand. Because viewers anticipate that the ball will be thrown again in mid-air, this gives the illusion that the ball was actually thrown and vanished into thin air, instead of just not being thrown at all. A magician makes use of eye and head movements to trick the audience into thinking that the act of throwing the ball was made.

This makes use of a method called false transfer. To create the illusion of what is magic to the audience, a magician puts a coin in his left hand (with palm facing up) between his middle and ring finger. He then turns his left hand over, clips the coin with his left thumb and pretends to transfer the coin to the palm of his right hand. He then closes his right hand, seemingly holding the coin in it, and then proceeds to open his right hand to reveal that the coin has disappeared while keeping his left hand in finger palm position to hold the coin. To distract the viewer's attention from the false transfer, the magician folds his sleeves before opening his right hand. This is what's called misdirection. The human mind actually has attentional limits — this means our mind can only visually process the most important details and leaves out the least important ones. 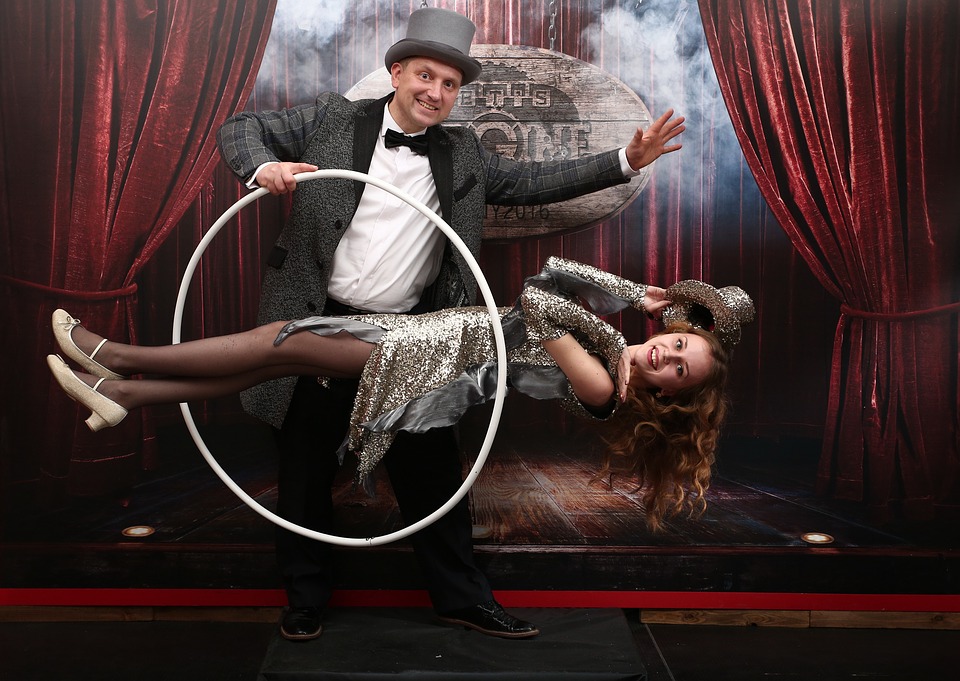 Awareness of the principles of visual illusion and what magicians do behind the scenes may altogether change your perception about magic tricks. While it's good to know more about how the human mind works, sometimes, all you really want is to relax and enjoy the show.

This is the reason why magic has been around for centuries — it's one of the oldest professions in the world. The tricks may have evolved and become more complex and sophisticated through the years, but the sense of awe, amazement, and fascination that magic shows bring to a receptive audience remain.

Watching magic happen is like seeing a movie on the big screen — you don't sit in a theatre for two hours just to deconstruct the film and pinpoint all the flaws (unless you're a movie critic or a film director yourself, maybe). You're there to be entertained and amazed by the spectacle.

And no, there is nothing wrong with you — the reality is that the human brain has limitations that only science can explain. Magicians spend their lives learning how to exploit these weaknesses and use them to their advantage in order to give you something to wonder about.

Magic is not about witnessing the impossible, it's actually about the audience's willingness to suspend their disbelief. After all, a magician spends years and years mastering his craft and goes to great lengths just to give you a splendid and awe-inspiring show.

So, what is magic really? Magic happens when the audience is genuinely amazed and entertained. For a magician, it means a job well done.

Stage Presence: How To Improve This Quality