Everyone has that lucky friend who always wins at Rock, Paper, Scissors.

But what if I told you that there might be more to their winning than simple luck?

In fact, consistently winning at Rock, Paper, Scissors only requires reading through a bit of strategy, and you’ll be ready to win every throw and challenge sent your way.

It’s all about strategy 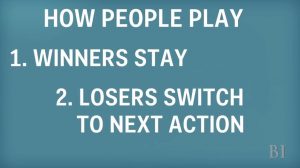 If your opponent loses to you on the first throw, you can predict their next move due to the human tendency towards conditional responses.

What’s that? That’s just a fancy way of saying that people are influenced by the choices they have previously made.

Pay attention to your opponent’s choices, and you can be the winner.

There are three parts to the strategy you should follow

And here it is: Throw one, winner rules and loser rules.

There is not a great way to guarantee that you will win throw one, so keep it simple: throw paper.

Unless your opponent is also trained in the art of winning Rock Paper Scissors, you have a better chance of winning because people choose to throw rock first more often than paper or scissors.

If you’ve won the first round, great. You’re on your way to victory.

What did you opponent throw on the first hand?

Whatever it was, choose the next item in the rotation of Rock -> Paper -> Scissors.

People typically move through these three choices in order and are also very unlikely to repeat their losing choice. So, if your opponent chose paper, they will probably throw scissors next.

If you lost the first round, don’t panic.

There’s still hope. When someone wins, they’re more likely to pick the same thing again because they feel that it was a good choice.

Remember this about your opponent. If they won with scissors, you should pick rock to win the next throw, because chances are, they will pick scissors again. Remember this rule, and you’ll be on your way to winning in no time.

Follow these three rules for playing the game, and your chances of winning Rock, Paper, Scissors will be high enough for you to take over the role as the “Lucky Friend” without anyone ever realizing how you did it.

Check out this video for more