How To Force A Card (Simple Card Forces)

Forcing a card on somebody is exactly what it sounds like. You ask the spectator to choose a card, but you force them to pick the one already pre-selected by you.

Having the audience think they randomly selected card, while you know what it is opens the door to a lot of possibilities. There are a lot of tricks you can do from there.

Master card forces, and you’ll have the ability to perform tricks that seem physically impossible to the human eye.

In this tutorial, we’ll go through just about every essential card force out there. You don’t need to learn all of them, but it does help to know about them.

Try them all out, and pick the one you like best.

Let’s start off with some really easy ones. These ones don’t require much practice, and they’re almost too simple.

But as you’ll see in the tutorial, it’s not complexity that makes a card sleight effective.

These are perfect for amateur magicians, or if you’re just starting out forces.

A lot of more advanced tricks incorporate forces into them, so if you’re new, learn these first.

The slip card force that actually works every time

The slip card is one of the most popular card forces amongst novice magicians.

Why? Simply because it’s so easy to do. All it involves is you riffling through the cards and asking the spectator to say stop. When they say stop, you slide the top card onto the cut deck as you remove the top half.

The problem is… it’s really easy to catch.

It usually makes a sling sound, or is pretty easy to spot.

If you want to learn the slip card that is uncatchable… here’s the perfect card force for you.

This is probably the card force you’ve seen most often by card magicians, simply because it looks the most natural. Most importantly, it’s impossible to catch from all viewing angles, which is why it’s a favorite amongst street magicians.

The problem is… there is a possibility for error. You need to be smooth, and you need to practice it enough where you have a 100% success rate. Don’t worry, all you really need to know is how to do a pinky break (which is easy).

If you don’t have a 100% success rate with it, don’t use it because obviously if you force the wrong card, the trick is over and you’ll end up looking silly. 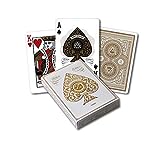 One of the most brilliant card forces I’ve ever seen

This one is pretty similar to the previous one, except that you just can’t fail.

The classic card force can be tough to pull off if the spectator is being silly and you have a feeling they won’t be co-operative.

With this one, no matter which card they choose, you can make them pick the one you pre-selected.

This one and the classic are my two personal favorites.

This is a more advanced card force because it requires another sleight of hand, palming.

While palming might seem pretty simple, it can absolutely destroy your trick if you did it imperfectly and someone caught you palming a card.

The good thing about this card force is that it gives you a lot of versatility to move into other tricks.

As you’ll see in this video tutorial, you can build upon this card force and use your creativity.

As you’ve learned, there are a lot of different card forces out there.

There are even more variations to the ones you’ve just learned. But for this card sleight, all you need to do is get the job done.

It doesn’t matter if it looks flashy or is an “advanced” move. Sometimes, the simpler moves are the best.

Go through the tutorials, and try to master at least one of them. Every card magician should have one card force they can rely on under pressure.

Once you do, you’ll be able to move onto the next level of cardistry and really wow your audience.