Have you ever wondered why decks of cards include the Joker card even if you never use them? At least in my experience with playing cards, the joker is never an important card to keep. In fact, you can usually just throw them out of the deck and continue with your Texas Hold ‘Em or Go Fish game.

Let us dive deep into the depths of this highly underrated and powerful card.

The History of the Joker Card

Where does the famous or infamous joker card come from? What is the joker’s story?

Who is the joker? 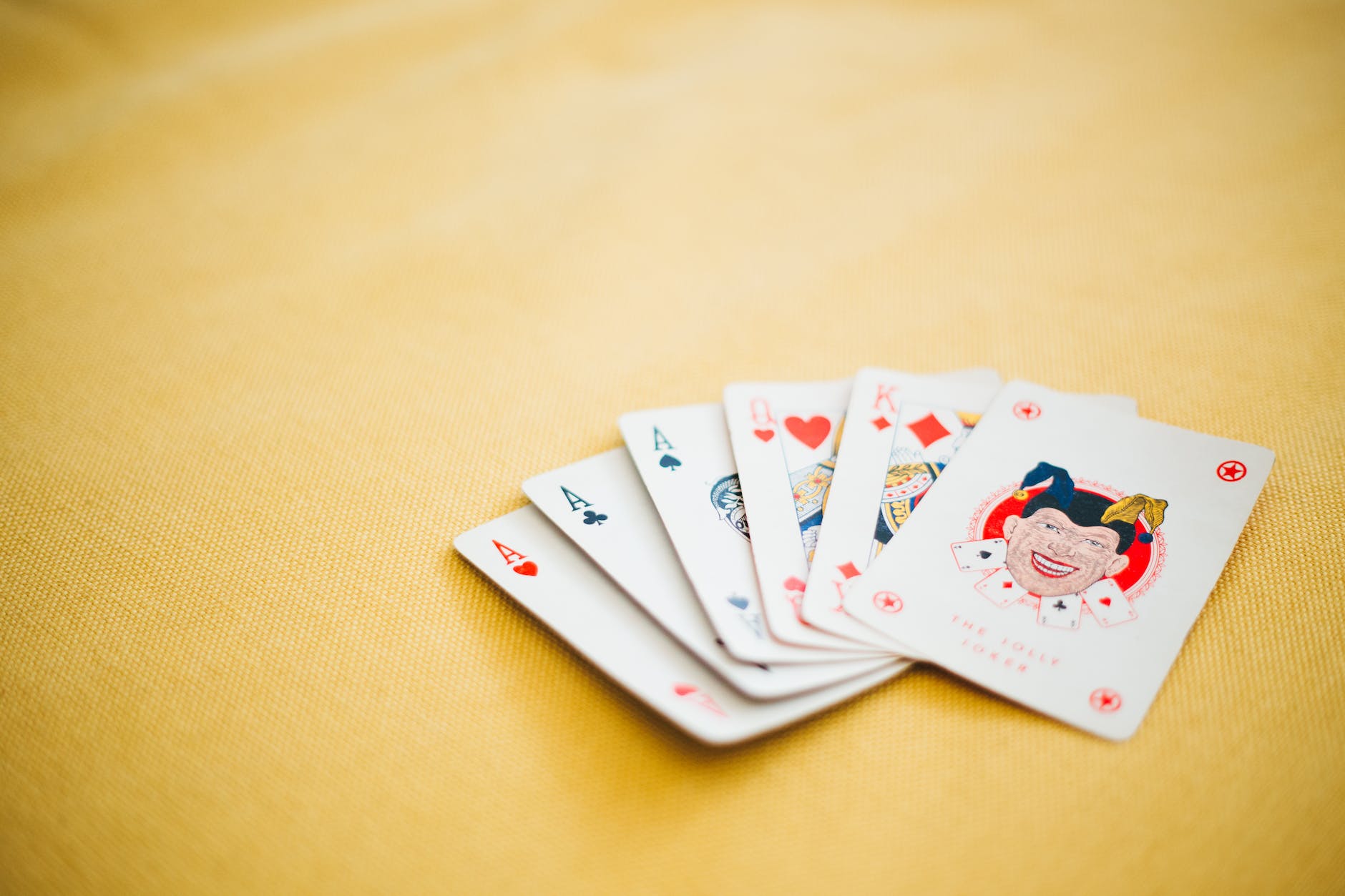 Let us first start with the game of Euchre. Euchre is a trick-taking card game that claims responsibility for introducing the joker card into the modern deck of cards we are all familiar with. Euchre was first introduced in the 18th and 19th centuries, and different versions have been recorded and practiced throughout the centuries. The true origin of the game is uncertain, but some theories lean to the fact it was created from the Alsatian game Jocker.

During the Napoleon era, America modernized Euchre where the Pennsylvania Dutch largely popularized it. This is thought to be true because the euchre term ‘bower’ sounds very similar to the German word Bauer, meaning ‘farmer.’ The game traveled up the Mississippi River by way of Louisiana’s French population.

It is said that in 1850, the joker card was added to playing card decks in the United States for the sole purpose of playing the game Euchre. The joker is considered to originate from the German spelling of Euchre, which is ‘Juker’ or ‘Juckerspiel.’ A British manufacturer named Charles Goddall first started manufacturing packs of playing cards with joker cards in them for the American market in the 1870’s.

The next sighting of the joker card being used was in 1875. The growth spurt of this joker evolution brings the joker to its use of being a wild card.  By the late 1940’s, pairs of joker cards would be the norm for decks of playing cards in America. The American Contract Bridge League was established and grew rapidly as well as the game Canasta, which dominated the 1950’s.

Currently, Euchre is seen mostly in the U.S. Navy and in some American Midwest states. 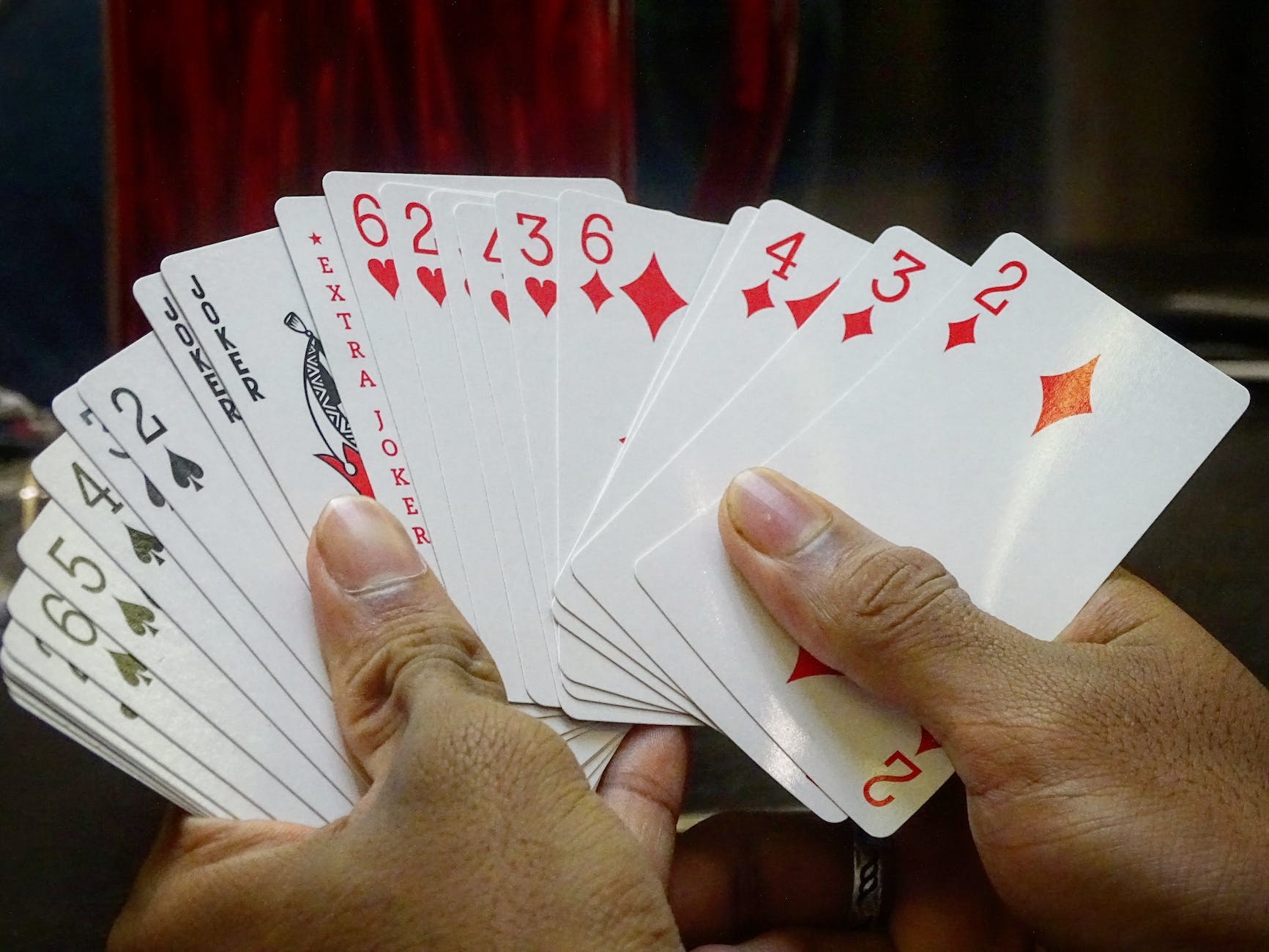 In a standard deck of cards, there is usually a pair of jokers. Because the joker card is such a versatile and widely misunderstood card, they sometimes represent informal replacements for lost or damaged cards in the 52-card playing deck. This is accomplished by simply noting the lost cards rank and suit on the joker card.

The joker card might just be an easy way to save the hassle of constantly buying and breaking in 52-card decks when you accidentally lose one or damage a card. It also made sense when 52-deck cards were first printed because there was a spare space left on the last sheet of printing, which became the prized joker’s spot in the printed card deck we use so commonly today.

The joker cards play a wide role in the land of playing cards and over the years, its uses have grown exponentially.

Games That Utilize the Joker

The joker card can be seen in many card games throughout the centuries. The first use of the card was for the game Euchre, as mentioned in the beginning of this article. The joker card is considered the highest trump or ‘top bower’ in the historic card game. Next, the joker card was seen used as a wild card in the wildly popular game Canasta in the 1950’s. 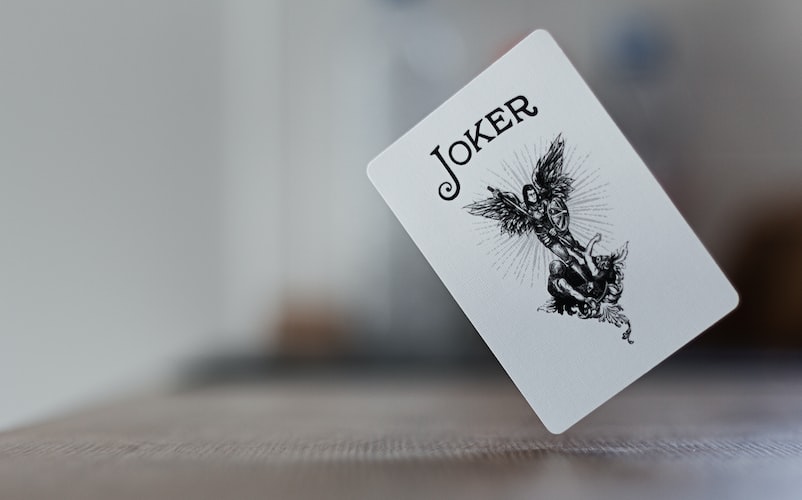 The classic card game Gin Rummy uses the joker as a wild card too with the ability to be used as any rank or suit necessary to complete a successful gin. The hugely popular game of War also uses the joker in some means as the highest trump card that beats all other cards in the entire deck. Chase the Joker is a game similar to Old Maid where the joker card is used as a substitute for the ace.

Although it is an uncommon sight, the joker cards are also used in the classic card game of Spades. In this case, the joker cards are used to make the cards deal evenly between players when there are three or six players. They either count as the two highest trumps (the ‘big joker’ and the ‘little joker’) or they are considered junk cards playable anytime that cannot win a trick.

In the classic kid game Go Fish, the joker cards are used to bring the number of pairs to 27 to prevent the case of a 13-13 tie game. Crazy Eights is an exciting game that uses the joker cards as a ‘skip’ card that forces the next player to lose a turn.

The joker’s uses in classic card games have sure seen evolution and versatility throughout the years, and it is a widely exciting topic to uncover the secrets of the joker cards. These are just some of the most common uses of joker cards in popular card games played around the world.

The Meaning of the Joker Card 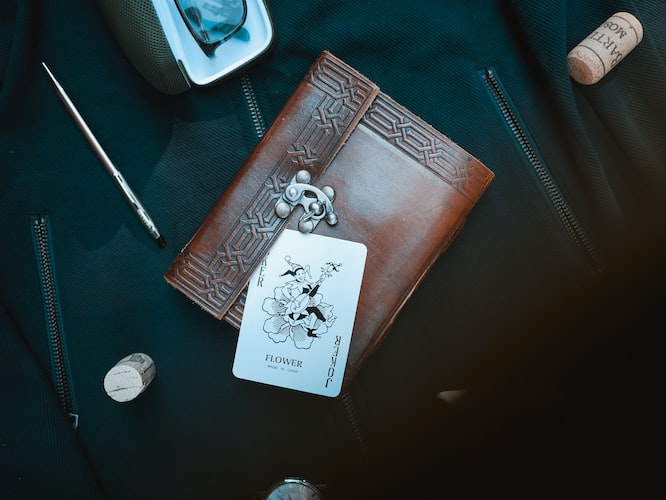 The appearance of the joker card stems from the 1860’s when they started becoming standard in a printed deck of cards. The word ‘joke’ was already around at the time and so was ‘joker,’ so Bicycle says that is where the name came from, not the word ‘Euchre.’ It is true, however, that the concept of the joker card came from the game of Euchre discussed above.

When new rules came around with the American version of Euchre, the second joker was added to manage the spot needed for an extra trump card. This card, also called the ‘best bower,’ is the highest trump card in the deck. Some of the joker cards were distinguished between the ‘big joker’ and ‘little joker.’

Americans took the craze to heart and began manufacturing them in American 52-card decks. By 1880’s, the Brits were printing two jokers in their decks, too. The appearance of each joker in the deck was left up to each company’s brand imagery. The use of a jester as the joker became widespread once the label of the “joker” became universally used. 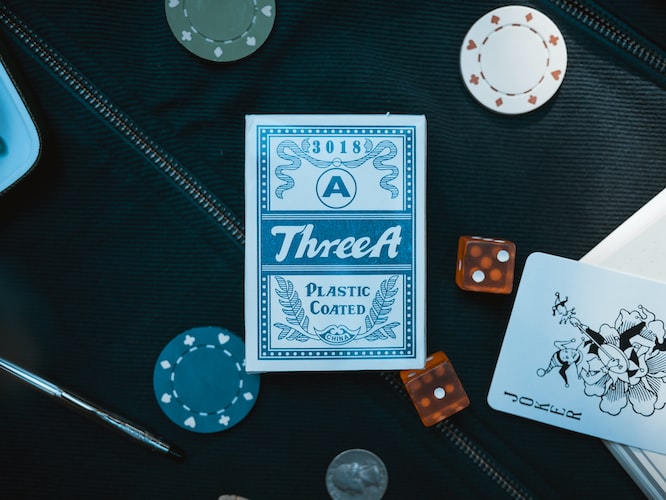 The Juggler and the Fool in the Tarot deck are both pretty similar but have small discrepancies in their appearance. In a Tarot deck, the Fool is very close to the same thing as the joker.

In a Tarot deck, the Fool is typically used as the highest trump card since the 1400's. The joker on the other hand, was not introduced into the Tarot deck in recent years. This means that the modern-day image of the joker could have been inspired by older Tarot appearances of the fool.

Power of the Joker

As you can tell from its immense and colorful history, the joker card has played a gigantic role in card playing for centuries. The joker has a great amount of power, and since the beginning days, it has held the highest ranking in a lot of card games. The power of the joker is not ironically held in a comic manner but a manner of helping card players win the game.

From its use in Euchre in Europe to its evolution in America, the joker has always held significant meaning in the world of cards. Rummy uses the joker -- even Go Fish uses the joker. Maybe the joker is your new favorite card of the deck. It sure is ours.

Types of Magic Every Practitioner Should Know