To promote his TV special, Real or Magic, David Blaine appeared on the Jimmy Kimmel show. There, he revealed why Harrison Ford kicked him out of his house and other tricks he performed on celebrities.

During his interview, he performed a card trick that astonished the audience and left Jimmy Kimmel speechless. If you view the comments, it actually made people believe that David Blaine has supernatural powers.

What was the trick?

David asks Jimmy to pick a card. After that, the card he picked is actually imprinted on the sharpie that he gave to him before the trick.

Jimmy then signs the card and David puts it in the middle of the deck. He asks the audience to name a suit other than the one on Jimmy’s selected card.

Immediately, as David squeezes down on the deck the deck starts to shrink. Cards disappear from the deck right before everybody’s eyes. David turns over the deck and every suit is now the one that the audience randomly called out and in the middle is Jimmy’s card.

So how did he do it?

This trick probably isn’t the best choice to do on live television since there is a lot of room for error.

When David asks Jimmy to select a card, it was actually forced on him. You can see the pinky break he has on the deck before he spreads the cards for Jimmy to choose.

Jimmy was going to select the 7 of clubs no matter what.

Don’t worry about forcing the card or having it show up on the sharpie. This is a separate move that David added in just for a better effect. You don’t need to force a card on them, and it doesn’t have to be on the sharpie.

They can choose whatever card they want. They can show you, or they can decide not to. It doesn’t matter. The effect of the trick is in removing the other suits, and having over half the deck disappear before the spectator’s eyes.

Step 2: Removing the other suits from the deck

This is the risky part. He has to switch the full deck he has now to one that has only hearts. The camera angle is not clear on David so it may be difficult to notice, but watch as David asks Jimmy to sign the card. He gets up slightly from his seat and switches the full deck with the prepared one.

How did he know the audience would choose hearts?

For those of you wondering, yes it was hearts all along. So, how did he know the girl would choose hearts? He didn’t.

Therefore, if the woman said something like diamonds, he could say, “Ok, now name another suit.”

So, yes it was very lucky that the girl picked hearts right away, so the effect of the trick was way greater.

Step 3: The Sleight of Hand Grip That Makes It Look Like a Full Deck

This move is what makes this trick what it is. It’s a sleight of hand that allows you to spread out the cards in the deck to make it look like a full deck, even if you only have about 13 out of the 52 cards in your hand.

It will take a lot practice before you can even attempt it in front of an audience. 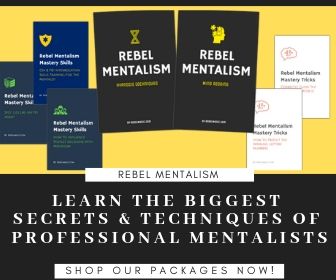 Watch the tutorial below

I’ve read around many forums and discussion boards all discussing this single trick.

There’s one thing that makes this trick look so cool. It looks impossible and supernatural to the human eye. There’s no logical explanation they can come up with on how you did the trick.

People who watch this are convinced that David Blaine has supernatural powers. That’s how powerful this trick is.

It will take a long time to practice, yes, but it will definitely be worth it.

This is a magic trick from David Blaine’s TV Special, Real or Magic. It involves mentalism where two people are faced about 2 meters apart and facing each other. They both have their eyes closed.

Through touching one person, David is able to make the other feel the exact same thing even though they were never touched, and their eyes were closed.

David performs this trick on Jamie Foxx and his daughter, Corinne Bishop. Let’s watch that first.

When I first saw this trick, I could swear Jamie and Corinne were in on the trick.

However, after speaking with other magicians, I learned that there actually is a method to this. Jamie and Corinne were not in on it and had no clue how it was done.

How was it done?

The first part of the trick is unknown yet. I have no idea how Corinne was able to feel the shoulder push, and I have yet to hear any logical assumptions from other magicians.

The second part of the trick is revealed below. It is actually through the use of invisible string. Watch the video below revealing David’s method, and then re-watch his move on Jamie Foxx. You can clearly see that this assumption makes sense.

Learn How to Do David Blaine’s Card in Lemon Trick

In David Blaine’s TV special, Real or Magic, he performs a card trick on Harrison Ford. Basically, Harrison chooses a card and it disappears from the deck. David asks him to take a piece of fruit and cut it, and inside is Harrison’s card. Harrison is so amazed at the trick and blown away by David’s “power” that he tells him to “Get the [heck] out of [his] house.”

When I first saw this trick in his show, I thought it was a fake. I though Harrison was in on it because there is no way it can actually be possible. Before we learn how to do the trick, let’s take a look at David performing it to Harrison first.

Now, let’s learn how to do it. It actually takes a bit of preparation to do it, meaning you have to set up the lemon beforehand. Because David randomly told Harrison to pick any piece of fruit from his fruit bowl, it leads me to believe that every piece of fruit was prepared this way.

Here is the tutorial:

Here’s yet another trick by David Blaine. This trick is best performed sitting down with a hard surface (such as a table) where you can place the cards down. You’ll require a marker for this trick so the spectator can sign their card.

You’ll notice that in a lot of his card magic, the main key to the trick is doing the double lift. This one is no different. It just shows you how powerful the double lift is, and the versatility it gives you in your moves.

In one of his TV specials, David Blaine stops to speak to a homeless man drinking a cup of coffee. He kneels down and takes the cup from him. After he gives it a few shakes, the coffee disappears right before his eyes, and the cup overflows with coins.

The trick involves the use of a gimmick cup that you can make at home. You have to prepare the cup first before you can do the trick. This likely means that the homeless man in David Blaine’s video was an actor, but that’s getting off topic.

To do the trick, you need a sponge, scissors, and two plastic cups. View the tutorial video below.